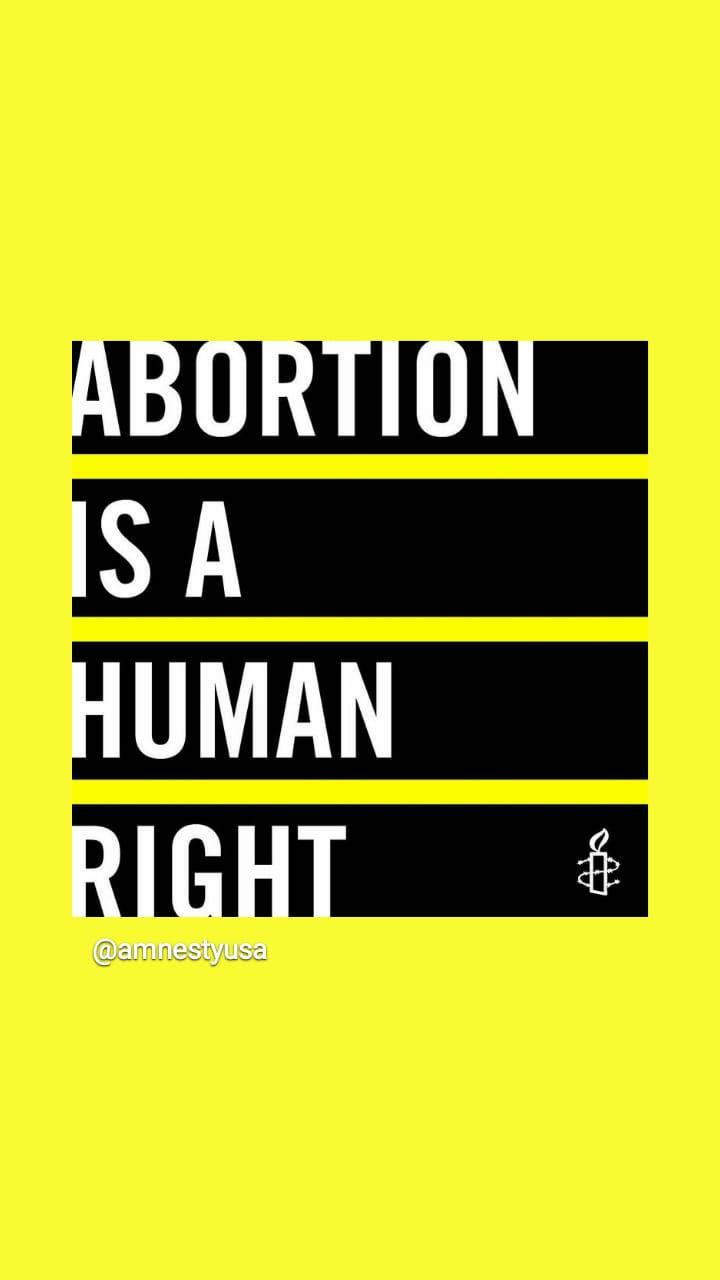 Better yet, make it mandatory for every middle school child to sit through a child being delivered in a hospital. That’ll cure anybody of their sexual desire.

The last time John Lennon & Yoko Ono came to The Dick Cavett Show, their segment had gone over and ran into a second show. John had been invited to come back and perform. Eight months later that came to pass, under very different circumstances. John was facing deportation at the hands of the Nixon Administration. Even worse might have been the choice of song John had come to perform. But that comes later.

Coincidentally his former partner in crime George Harrison had appeared on the show two months after John, and not long after his historic Concert for Bangladesh. Broadcast on November 30 of 1971, George was in his long-bearded, full beard & mustache period, along with his Indian guru Ravi Shankar. After the monologue he performed guitar behind Gary Wright & his band Wonderwheel on their song, “Two-Faced Man”. It was a bit of musicians returning the favor; after Wright played supporting guitar on George’s All Things Must Pass LP, George helped Wright record his 1971 LP, Footprint. Though George was in the background, his slide guitar was unmistakable.

At the time John Lennon was 30 years old, and George was only 28. Noting all the promoting going on with John’s last appearance, George said there was something he forgot to plug, namely John’s latest single “Happy Christmas”, which George was happy to oblige. He also believed we should show Monty Python’s Flying Circus in the United States. Well, soon enough…

An interesting conversation followed on the confluence of drugs and rock musicians. The first time he and John took LSD, for starters, they didn’t know it’d been slipped into their drinks by a dentist at a party.

At the time, the film for the Concert for Bangladesh was still in the editing process, but George did bring a clip that rolled in the middle of the show, from the concert featuring George & his all-stars performing his song “Bangladesh”. Ravi Shankar also performed, his face scrunched up with such concentration for a man playing such a relaxed sounding tune. Ravi too had a clip, from his film Raga, which had limited engagements in the United States.

Before John, the first guest on Cavett’s May 11th show was actress Shirley MacLaine, who was very different from how we know her today. She had already done one memoir at this point, and her movie The Possession of Joel Delaney had just come out. She turned out to be a very articulate guest. She had spent the past year campaigning for a candidate she ‘can’t mention’ on the air, because of network rules. She had travelled the country meeting people and had discovered a very different picture from what the media and politicians told us. Hmm, some things never change.

John & Yoko came on halfway through the show. Right off, John observed that Cavett had tossed his tie into the audience during his opening monologue. John said he was crazy about malted milk; “I was on cheeseburgers, but I got over it.”

Things quickly turned serious. “We’re really frightened because some people feel we have to leave this country,” Yoko said. They had chasing Yoko’s daughter Kyoko and her ex-husband Tony Cox all over the world. Even after they got custody of the child, Tony Cox ran off with Kyoko while fighting the courts in the Virgin Islands and Texas. Yoko hadn’t seen her own child in two years; John had to switch channels every time a child came on TV, because it was another reminder her daughter was missing somewhere in America.

Then there was the deportation case, going back to a drug bust in the UK in 1968 that was dismissed. The new charges were trumped up: “They’re after us because we want peace.” People assumed they were going to San Diego to cause a ruckus (they weren’t) and were even blamed for the Chicago riots in 1968, which was interesting since they were not politically active at the time.

At the 46-minute mark, we were treated to an insert. John had come to perform his newest single, “Woman is the Nigger of the World”. ABC felt this was a “highly controversial issue” with the audience, Cavett said, explaining the insert as the only option to a full deletion of that segment. And some complaints did come in, most of them directed against the ‘mealy mouth’ insert that Cavett was forced to put in.

Explaining the song, John said it came from a quote from Yoko in a 1969 interview. John was still a chauvinist at the time; they talked about it and had the song in their heads for two years. Then they joined their back-up band, Elephant’s Memory, on stage. John stripped off his black leather jacket and performed in a purple shirt. The saxophonist was taken in the spirit of the song, swaying in front of his microphone. Yoko had taken up a bongo, smacking it on the beat. John delivered quite a passionate performance. I think he even remembered all the words this time; he had a habit of forgetting his own lyrics during live performances. He wrapped things up by walking off the stage, with Yoko behind him, and sitting back down while the band winds the song down.

Yoko closed the show with her own number, ‘We’re All Water”. John doesn’t even step into the spotlight shining down on Yoko. You’d have thought people would have conniptions when she sang, “There may not be much difference/ between Chairman Mao and Richard Nixon/ if we strip them naked!” And there it is again, that shrieking we all know and ‘love’. Give her props for singing most of the tune. Between screams she yells, “What’s the difference? What’s the difference?” After spending most of the song in the dark behind lead guitar, John walks back from the stage, playing over Shirley MacLaine while Yoko shouts and John proudly introduces Elephant’s Memory.

Before closing the show, Dick asks if he’s met the best two of the Beatles. Surprisingly, John disagrees, saying he should meet Paul. “I think Ringo you’d have a good time with.” While this was the end of this show, John also had an even more fruitful week with Mike Douglas…

Back in the day we had loads of talk show hosts, in the afternoon or early evenings, and these were populated by laid-back, conservatively dressed gentlemen in suits and ties. They were respective to their audience; these shows were not circuses like Jerry Springer or any idjit on Fox News. David Frost and Dick Cavett were the cream of talk show interviewers.

Talk shows like this take me back to a time when people on these shows could sit down and listen, when people often had intelligent things to say. Of course in those days in the United States, and everywhere actually, we had but three major television networks, PBS and a handful of UHF channels that nobody tuned into. We didn’t have 500+ channels to surf, and we never suffered from short attention spans. Well, that’s enough grump-old-man stage for now.

This would be John Lennon’s first interview on American television since the breakup of the Beatles the year before. Admittedly it was mostly to promote clips from their avant-garde films and new albums. Ironically this show was broadcast on September 11, thirty years before that date became significant. A clip from this show was employed in the film Forrest Gump; specifically, at approximately 16 minutes in, Yoko was CGI’d out and replaced by Tom Hanks.

As the couple crossed to the stage and sat down, the house band played a low-key snippet of “Come Together”. The beginning talk centered on their hair, which John & Yoko had cut short a year earlier to auction off. John was nervous and sarcastic at first; both of them chain-smoked throughout the interview, another sign of how times have changed. Once he found that he couldn’t bait Cavett, John relaxed a bit and was more forthcoming after that.

At one point John commented that he never expected to sing the same silly love songs in his old age. “So a long time ago I said that I didn’t want to be singing ‘She Loves You’ when I’m thirty. I said that when I was about twenty-five or something…Imagine being like fifty and still singing ‘Yesterday’.”

John also admitted to the influence of James Thurber on his art. Throughout the show John made every effort to share the spotlight with Yoko. The first of their clips to be screened was part of Yoko’s avant-garde film Fly; apparently the network censors only allowed a shot of the lady’s foot. We never got to the fly crawling on the more interesting parts. Cavett remarked, “When the censor found out that the movie was called The Fly, you can’t imagine what he thought.”

The talk drifts to Bagism, in which the couple had held press conferences in Austria, in a bag, in 1969. ‘There’s no prejudice when people are in bags,” John said, “It’s total communication.” After the commercial break, they invited members of the audience to come up and get in a bag. “Let us know when you’re through voting!” Cavett quipped.

The lights came down for the premiere of the promotional clip for Yoko’s first solo single, “Mrs. Lennon”, which debuted on this show. It was a sort of sad dirge that she carried very well. The second film, Erection, was not exactly what you’d think, you dirty minded folks. The film follows the slow-motion coverage of a skyscraper being constructed. Well, with Yoko, umm, in the background…

“I don’t care what happens when I’m dead,” John said, just tossing it into the conversation. Only with hindsight had that become a tragic, chilling observation. Finally, comes the debut for the clip for “Imagine”, probably the first time anyone had heard the song outside of the studio, a song soon to be iconic.

John got to explain, yet again, that “Lucy in The Sky with Diamonds” was NOT about drugs, it was about a drawing his son Julian had shown him. He said he got a recorded birthday greeting from Janis Joplin, but it didn’t get to him until after she had died. To the question of drug overdoses, John had to ask why people are using drugs or alcohol or whatever. “Is there something wrong with society that (we) have to use these things to guard ourselves against it? People take drugs or alcohol so they don’t feel what’s going on around them.”

The session was so enjoyable, John said he’d love to come back and do a live performance. It went so far over the allotted time that the following episode, the week of Sept. 24, Cavett introduced three additional segments from John & Yoko’s appearance. Discussion roamed over the subjects of Indians and Red Indians (properly Native Americans nowadays), abuse through the ages, the Bed-Ins for Peace and the surprising reaction against them, while also taking questions from the audience.

In fact, John would have the chance to perform less than a year later. And that’s another blog.