My mother bought me my first Beatles bootleg. She’d gone back east to New York City to visit my Aunt Poca and Aunt Mary. Among the gifts she came home with was a live LP with a plain blue cover entitled The Beatles Last Live Show. I don’t know if she was aware that this was an unofficial release, bootlegs being a relatively new concept in the bright spring or summer of 1972. I didn’t care either way; I was an 8-year-old indiscriminate Beatlemaniac.  I imagine at some point I’ll get an email correcting any details in this blog I mess up. Looking forward to it, Mom. 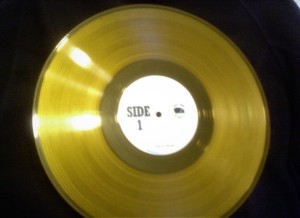 Please also note that, as an 8-year-old, I didn’t take very good care of this precious LP. The disc itself survived me, but I’m afraid I kind of defaced the cover trying to scribble what I thought the track listing was. Things to know before we go too far: this is definitively NOT the Beatles’ last live show. That was be performed a year later at Candlestick Park in San Francisco on August 29, 1966. Still the show I’ve got was impressive enough. The actual concert was taped for TV broadcast at New York’s Shea Stadium on August 15, 1965, before what was the largest audience anyone had performed to up to that time. Count ‘em, 55,600 screaming maniacs. The LP begins with the last track, “I’m Down’, and ends with the same. The bootleg would be taken from a recording of this TV broadcast. Now, as they say on Doctor Who, this is where it gets interesting. 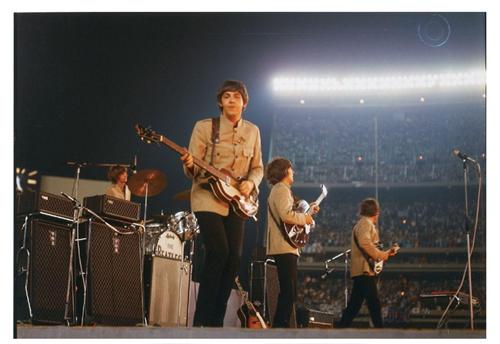 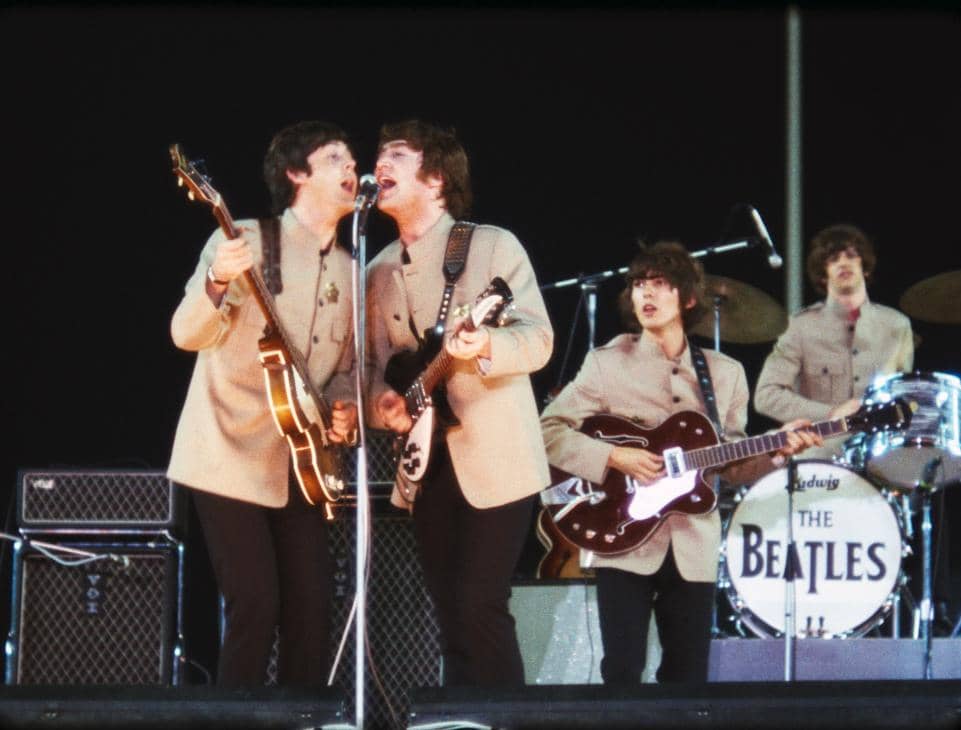 The concert was broadcast twice on the BBC in 1966 and once in the USA on ABC-TV on January 1967. Unfortunately the audio was so atrocious that the Beatles’ manager Brian Epstein and personal assistant Tony Bramwell decided this needed some overdubs. So the band shuffled in on January 5, 1966 for shall we say some touch-up work at CTC Studios in London. Two songs, ‘She’s a Woman’ and ‘Act Naturally’ were not on the soundtrack; I’ll get back to the latter song in a bit. Although ‘Everybody’s Trying to Be My Baby’ also was not on the soundtrack, it did see release on Anthology 2 in 1996. Let’s go through this,  track by track.

–‘Twist and Shout’, the 1st number, was not even taken from the Shea concert but from the August 30 concert at the Hollywood Bowl, which would be officially released on the 1977 live Hollywood Bowl LP.

–‘I Feel Fine’ is a new version recorded at CTS, January 1966 to make up for the poorly recorded original live track.

–‘Ticket to Ride appears as it was

–‘A Hard Day’s Night’ was untouched but still obscured by interview fragments by John, Paul, George and Brian Epstein.

–‘Act Naturally’ was probably the laziest ‘overdub’ as it’s neither a new version but simply the studio recording we all know with audience screams layered over it.

–‘I’m Down’ has overdubbed bass by Paul.

Please don’t take these observations too critically. I loved that LP, despite the above deficiencies which I wasn’t aware of as a kid. Admittedly I’m not the most discriminating Beatles listener and I’m grateful that my mother thought of me when she bought it.