To say 1964 was a fruitful year for the Beatles, as well as a bonanza for Beatles fans, may be the understatement of the past century. At least it was for their American fans, who were treated to seventeen single releases, twelve albums and a motion picture, not including a national tour and two appearances on The Ed Sullivan Show. All their native Brits got was two albums and an EP-single. 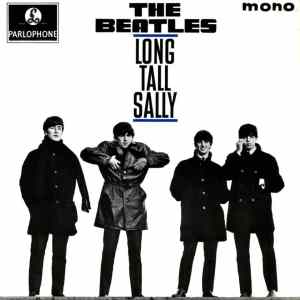 Actually, a serious analysis would show those numbers are a bit misleading, and in fact England got the better part of the deal. Two albums may not seem like much, but those albums were presented to them as nature (or their British label, Parlophone Records) intended. In 1963 the Beatles also had their radio show, adding up to 39 BBC sessions that year, and a further eight radio shows in 1964. While that certainly was a much reduced schedule for ’64, it was something we didn’t have access to in America, at least not before the advent of bootlegs in the 1970’s.

For the next three years screaming rabid fans would be the norm for the four lads from Liverpool. This new generation of record buying kids had developed an insatiable hunger for Beatles merchandise. The boys could have recorded an album of Gregorian chants, in basic Liverpudillian, and odds are it would’ve cracked the Top Ten charts.

Let’s start with Vee Jay. Introducing…The Beatles was Vee Jay Records’ attempt to cash in on Beatlemania, and that story is worthy of a blog by itself. Before their contract on the music had even expired, Vee Jay re-packaged the same album—twice; first as Songs, Pictures and Stories of the Fabulous Beatles (October 1964, chart peak 63), and again as a double album, The Beatles vs. the Four Seasons (Oct. 1964, chart peak 143), paired with a greatest hits package by the Seasons. 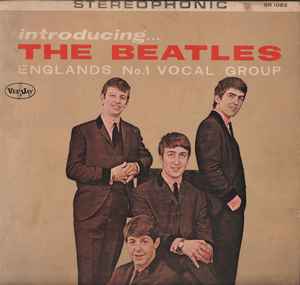 On February 26, 1964 Vee Jay offered another misleading title, Jolly What! England’s Greatest Recording Stars: The Beatles and Frank Ifield On Stage, reissued in October as The Beatles and Frank Ifield On Stage. While the Fab Four only had four tracks on the LP, none of them live, this was the only place to hear their hit single “From Me to You” until 1973’s compilation The Beatles 1962-1966 (‘The Red Album’) hit the market. The Beatles Story was a double-album propaganda piece that required little to no participation of the band members; and again it was slapped together in response to Vee Jay’s interview record Hear the Beatles Tell All (Nov. 1964). That’s seven down.

We’ll discuss the official U.S. capitol albums another time. Suffice it to say you can thank Dave Dexter, the Capitol Records exec who’d spend the next three years creating two albums out of one, with the addition of all their singles and B-sides. For now it is time to dispel the confusion…or perhaps to add to it.

The first Beatles album released in North America isn’t what you think it was. Capitol Canada got the jump on us by issuing their second British LP, what we know as Meet The Beatles! a couple months ahead of Capitol US, under the augmented title Beatlemania! With The Beatles. That was followed by Twist and Shout, the Canadian version of their first LP Please Please Me. The final Canadian-exclusive Capitol release was The Beatles’ Long Tall Sally, which incorporated the British EP of the same name with four tracks already released on the Beatlemania! album. The cover design was virtually identical to Capitol US’s The Beatles’ Second Album. From here on Capitol Canada followed the U.S. releases, beginning with A Hard Day’s Night.

Nor was their time wasted with Tony Sheridan. Their first professional recordings were backing the English singer on five tracks in 1961, although they were credited then as The Beat Brothers. “My Bonnie” (Polydor, 1962) would be the single that brought them to the attention of their future promoter Brian Epstein. And these recordings would be twice issued, as The Beatles with Tony Sheridan and Their Guests, augmented by six tracks featuring Danny Davis & the Titans (MGM/Atco, Feb. 2, 1964, chart peak 68); and then as Ain’t She Sweet, featuring an entire side devoted to British Invasion band the Swallows (Atco, Oct. 5, 1964).

Here’s a misleading list of all the Beatles’ albums from 1964: 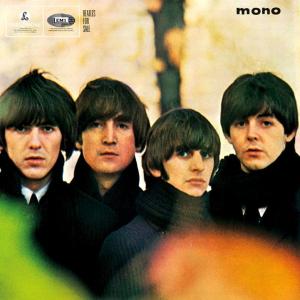 -Beatles releases by Capitol Records for 1964: 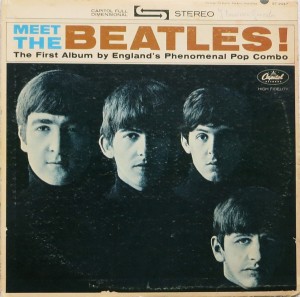 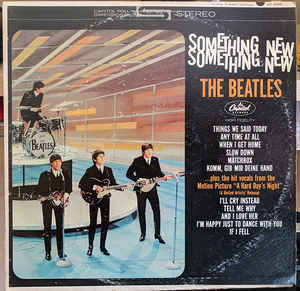 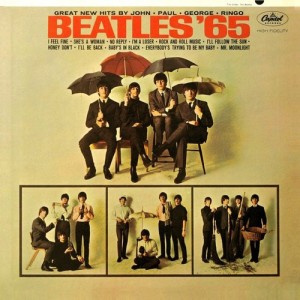 Songs, Pictures and Stories of the Fabulous Beatles (October)

The Beatles vs. the Four Seasons (Oct.)

[reissued in October as The Beatles and Frank Ifield On Stage]

Hear the Beatles Tell All (Nov.)

-Reissues of 1961 recordings with Tony Sheridan:

The Beatles with Tony Sheridan and Their Guests (Atco, Feb. 2)