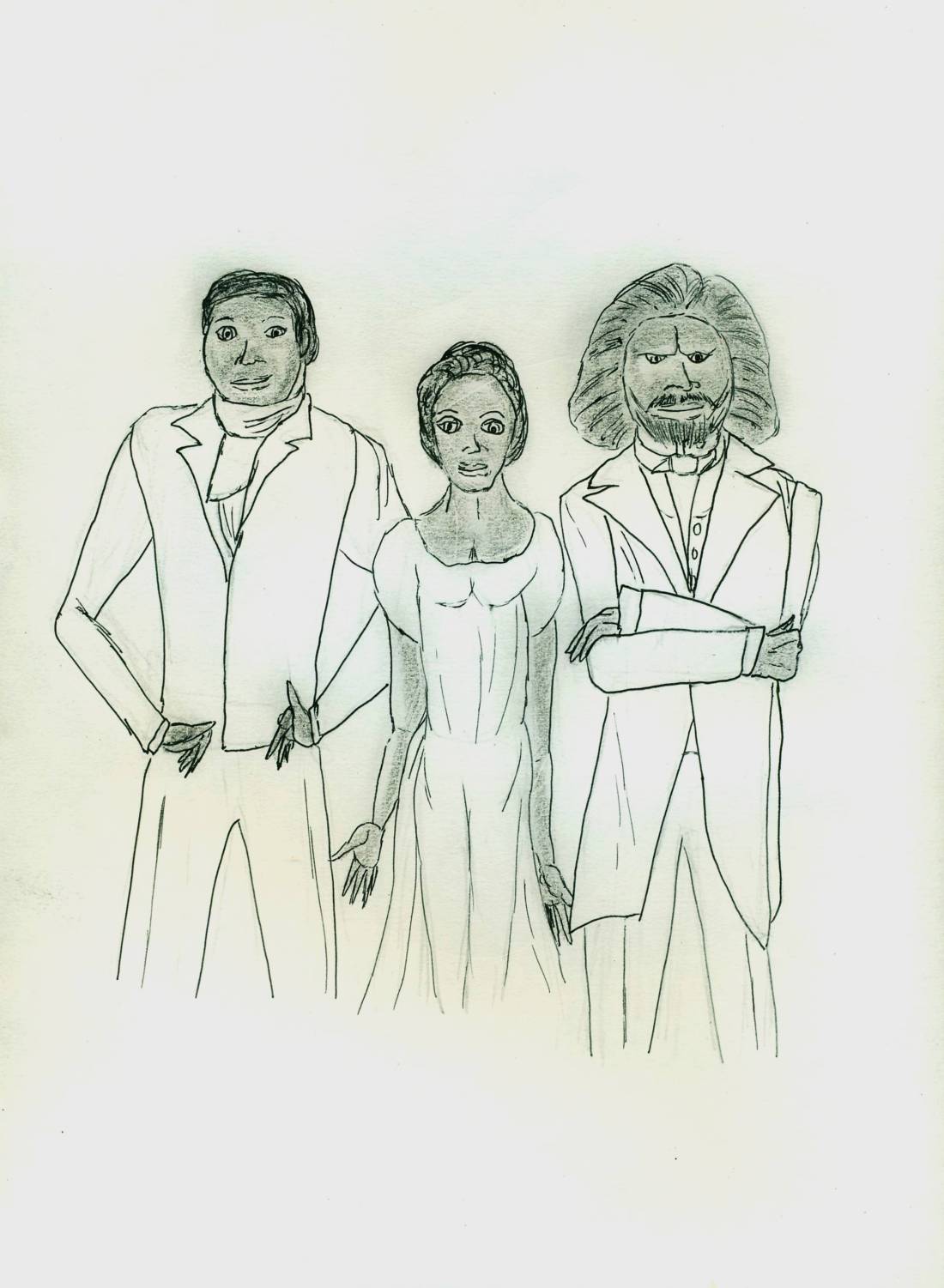 Freedom has been  hard-fought in these United States, and never more so than for those who differ from a pale complexion. This simple drawing commemorates three honored African-Americans.

Left–Crispus Attucks, a free man, freed by his own hand, is considered the first man killed in the American Revolution, when he died at the hands of British soldiers in the Boston massacre.

The Boston Massacre, chromolithograph by William L. Champney, dated March 5, 1770, depicting Crispus Attucks prominently at the head of its victims.

Center–Phillis Wheatley, the first published African-American poet, indeed the first African poet in young America. It was a fact she was forced to attest to in court. Poems on Various Subjects, Religious & Moral was published in London in 1773 because Boston refused to do so. Her poem “To His Excellency, George Washington” earned her a meeting with the future President in March 1776, three months before the Declaration of Independence.